The economy and business environment of Estonia 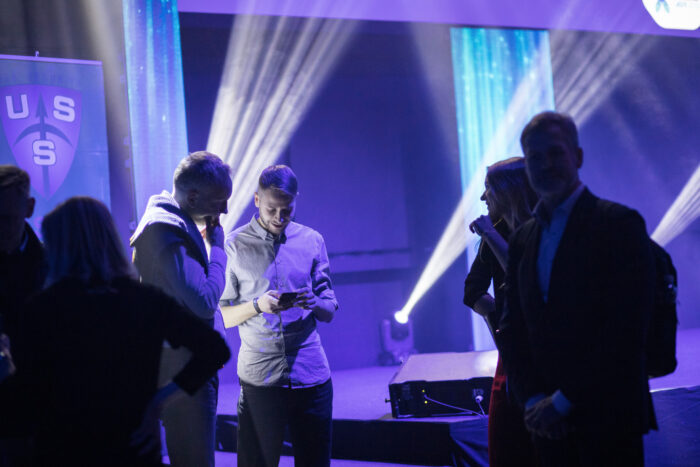 After regaining its independence in 1991, Estonia made considerable development leaps by transforming itself from a socialist command economy into a democratic market economy that values a fair business environment, thin bureaucracy, innovation and e-solutions. Estonia’s 10th place ranking in the Index of Economic Freedom (which lists 186 countries) has proved that these are not merely beautiful words. This substantiates Estonia’s business environment as a simple, convenient, and transparent place of doing business.

The rapid economic growth of Estonia, in recent decades, has often exceeded the European Union average. Estonia’s economic growth is mainly influenced by foreign trade, making it highly vulnerable to global economic changes. In 2019, the value of Estonia’s GDP, in current prices, was 28 billion Euros, which is 4.3% higher than the previous year.

Estonia’s public finances are in a good state, as shown by its smallest public sector debt in Europe (13% in 2010).

Estonia’s business environment can easily be described under three phrases: simple, fast, and safe. Why is that?

First, our legislation is entrepreneur-friendly. This does not mean that there is no room for improvement. However, the Estonian business environment can certainly not be accused of excess bureaucracy or not being transparent. For years, business reporting has been carried out using e-solutions. The implementation of cross-using data is currently underway. Suppose a company forwards data to a national authority. In that case, there is no need to forward the same data to another national authority, as the institutions will communicate with each other.

Secondly, our tax system is simple and has minimal specifications. The system’s unique feature of enterprises not having to pay income tax if they do not withdraw profit encourages investments. The employment market in Estonia is efficient, and employment relations are flexible.

Thirdly, our people; Estonian residents are well educated and speak fluent English, Russian, and many other languages. The business culture is one of punctuality and where things are done with precision. Estonians sometimes make jokes that they are even more punctual than the Germans. We value quality and we keep our promises. Decisions are made fast and if you need advice about something, we say the right person is only three phone calls away – as the population of Estonia is only 1.3 million, there is always someone who knows someone who is just the right person to help.

Fourthly, e-solutions and e-society. Estonia is world-famous for its business administration process. Estonia’s public sector is digital, which saves tons of paper and, most importantly – time. We have been signing documents digitally for almost 20 years; a company can be established online in 5 minutes, with its tax declarations and payments made via e-solutions. Entrepreneurs who are not Estonian citizens can also enjoy all of these benefits once they have applied for the Estonian e-residency.

Estonia is the first country in the world to offer e-residency. The programme was launched in December 2014 to give foreigners a chance to become Estonian e-residents and use our e-services. To this day, Estonia has over 73,000 e-residents who have founded over 14,000 companies.

What are the key opportunities for e-residents? E-residents are issued a digital ID-card that gives them access to all the national e-services. For example, you can establish a company online, give digital signatures, do online banking transactions, file tax declarations or your company’s fiscal annual report online, and so forth.

In conclusion, e-residency allows one to do business conveniently from anywhere in the world.

Estonia has a population of only 1.3 million, which makes for a tiny internal market. Therefore, it makes sense that the export of products and services represents almost 80% of Estonia’s GDP. The industrial sector accounts for 70% of the total exports.

Around 80% of the goods produced in Estonia are exported to Europe. Our main export partners are our neighbouring countries like Finland, Sweden, and Latvia; and countries that are further away, such as Germany and the USA. Estonia’s biggest exports are electrical equipment (including high-tech products), mineral products, wood and wood products, machinery, and mechanical appliances. The biggest exports of services include transportation and storage services, and information and communication services. The sales of information and communication services doubled in 2014–2019.

A majority of the countries that send their goods to Estonia are from Europe, accounting for almost 70% of Estonian imports. Estonia’s largest importers are Finland, Lithuania, Germany, Sweden, and Latvia. The biggest import items are machinery and electrical equipment, mineral products, and vehicles. The biggest imported services are in the fields of transportation, storage, and manufacturing industries.